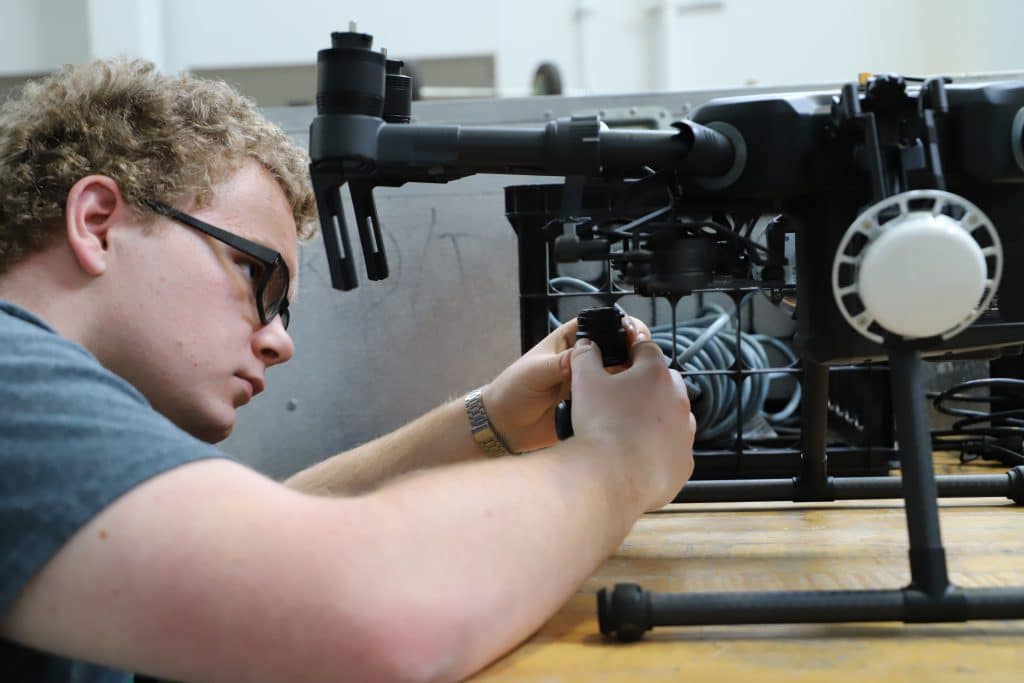 Tell us about yourself and your background
I am an Inclusive Flight Advocate and USAF veteran from Waynesboro, My name is Caleb Dyrud and I’ve lived in the Thief River Falls, Minnesota area all my life. My family moved to the area so my dad could teach Aircraft Maintenance at Northland Community & Technical College. Growing up I was involved in 4-H, soccer, FIRST and VEX Robotics, choir and Knowledge Bowl.

How did you get started in the industry you are in? What interested you most about it?
I have always had an interest in all things aviation. While in the Air Force, my exposure to early iterations of sUAS and RPA technologies led me to recreational flying and building personal aircraft for fun. After my injury in Since my dad works on airplanes, I grew up hearing all about them, even more when my older brother went to Northland Aerospace for the same thing. I’ve also always been interested in robots and technology and drones combined them for me. The DRONETECH program at Northland provided me with exposure to drones, ultimately leading to the decision that this is what I wanted to do for my career.

Tell us about your organization and your role
The company I worked at is called Mobile Recon Systems, which is located in Grand Forks, North Dakota. Their focus area is building heavy lift drones, as most drones can only carry five pounds, with the larger drones carrying up to 15 pounds. Mobile Recon is building drones that can lift up to 300 pounds. My job was to build, maintain, fly, and any other small jobs as needed. It is a smaller company, so I ended up doing quite the variety of tasks.

What do you enjoy must about working in the industry you are in?
It’s just something that I really enjoy. Putting something together, piece by piece, and then seeing it fly is amazing. Finding problems wasn’t fun, but getting to fix them and get the drone back in the air was great.

Share a success story
I think the biggest success has just been piecing drones together and then programming them so that they fly smoothly and consistently. When I started at Mobile Recon, I was constantly working on issues with tuning, pieces breaking and other various issues. After being there for a few months and getting the drones to perform smoother, it almost got to be boring because I didn’t have anything to fix. Of course that’s a good thing though.

Any tips you would like to share with others in the industry?
I would say to just pick up as many skills as you can. Previously, I had worked in a machine shop and with my new position, I didn’t expect to use those skills. Then Mobile Recon got a mini lathe so that we could make some parts in-house and then I was able to apply that knowledge and those skills from a previous non-related job, to a part of working with drones.

What excites you most about the future of autonomous technologies?
I’m mostly excited to see all of the improvements that come from autonomous technologies. When I first got started working with drones they were pretty basic and didn’t have a lot of features. I still found them really cool, but most could only do pre-mapped paths in an open area. Nowadays there is collision avoidance, and even artificial intelligence that allows things like a drone to follow a user through the woods with no problem.

What would you say to people who are skeptical about autonomous technology?
If you are skeptical about autonomous technologies, I would just say to learn more about it. It’s been used to save lives in a lot of ways – such as search and rescue missions when a person goes missing, inspecting environments or equipment that is dangerous for human inspection, and they have even helped farmers improve their efficiency of their crops. 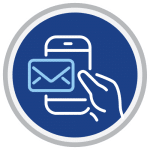